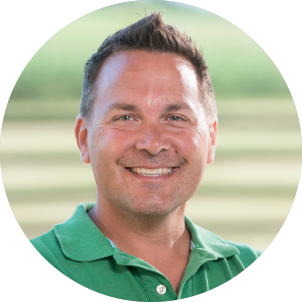 It was a lovely spring evening and all of the doctors at Great Lakes Equine were having a cookout with our families. No more than 10 minutes into our festivities, one of the doctors got a page to go see a colic in Appleton. We bid her a fond farewell and started to eat dinner and joke about how we were glad it was she that was on call and not us! Ten minutes later that doctor called me and said she had been paged again about a trailer accident and asked if I could take it. She would help me after she finished with the colic. I, of course, said yes and called Dr. Kelly Peters of Countryside Veterinary Clinic in Appleton, Wisconsin. Dr. Peters was called to the scene as a veterinarian and friend of the horse owners. He told me that it was bad and they would be loading the horses and getting them to the hospital ASAP.

I went to the hospital along with one of our technicians to prepare for every possible scenario. When Dr. Kelly arrived with the horses and owners, I was amazed at what I heard and saw. Three of the most wonderful horses, Bell, Cocoa and Peanut had been own working cows with their owners and were headed back home. The door to the stock trailer that they were in had worked itself open and all 3 horses fell out onto the road going 45 miles per hour. These amazing horses allowed themselves to be caught and loaded back into the very same trailer. Upon arrival at GLEWC, it was clear that Bell and Cocoa had sustained the worst of the injuries. I began to work on Cocoa while Bell and Peanut waited patiently. 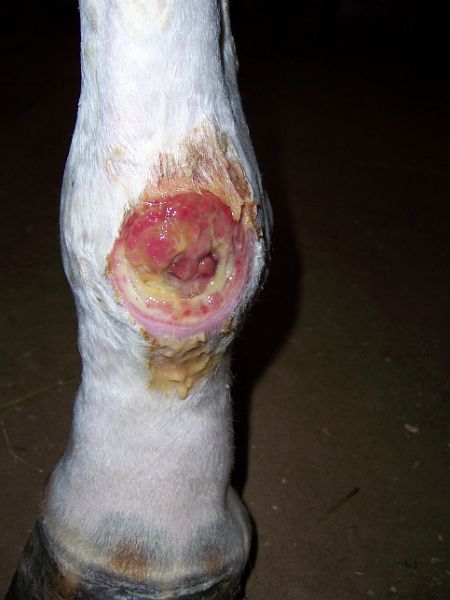 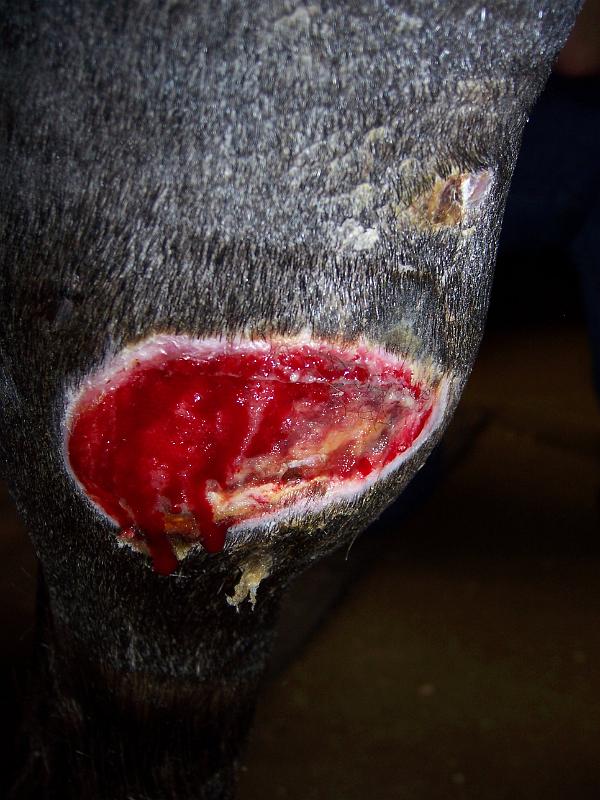 Cocoa had severe lacerations and areas of road rash, most notably was her deep lacerations over the carpal joints (knees). She was examined and started on fluids and anti-inflammatories for the treatment of shock. I gave all of the horses a brief physical exam and unbelievably they all sustained very similar injuries. It was clear that their fetlocks (ankles) and carpi (knees) took the brunt of the impact and fall.

Thankfully, Dr. Kelly agreed to stay and help me, and my associate arrived just as we had started to get down to work.

The injuries to the joints were particularly concerning. If the joint capsule is opened or compromised, it is assumed to be infected. Therefore, it is necessary to try and pressure the joint by injecting sterile fluid into the joint to see if it communicates with the wound. We started with Cocoa’s knee by infusing sterile saline into the joint. Unfortunately, fluid began to run out of her wound. Cocoa’s joint capsule was opened. All in all, Cocoa had two open joints, Bell had three open joints and Peanut had one open joint. At this point, the discussion began about complications with these injuries, the amount of time for recovery and the money it would cost to treat. Fortunately for Bell, Peanut and Cocoa, each owner was prepared to go the distance and do whatever it took to save their horses.

Each horse began a similar regime of treatments. Open joints are flushed with sterile saline with antibiotics and wrapped, other wounds were sutured, all three horses were started on antibiotics and non-steroidal pain medication. Radiographs were taken to look for fractures and other boney problems. Two of the horses were treated with regional limb profusion. This is accomplished by placing a tourniquet on the lower limb but above the open joint and infusing antibiotics into a vein below the tourniquet and allowing the medication to circulate only in the affected area (below the tourniquet). This delivers a concentrated amount of antibiotics directly to the wound. The tourniquet is then removed. This procedure can be repeated daily.

All three horses did remarkably well and given a guarded prognosis for life and return to full function. Peanut went home first. She never looked back and has done great. Bell and Cocoa also did well but had set backs and while their life was no longer in danger, they were plagued with lameness of the limbs. Time, however, was our friend and with each day and week that went by, the horses got better.

After 7 hours of triage, suturing, bandaging, months of care and never-ending dedication by the owners, all 3 horses are being ridden again. Out of disaster came a wonderful result! A heart-felt thank you to the owners of Bell, Cocoa and Peanut for your patience, commitment, trust and passion to see this through, to Dr. Kelly Peters for your help and quick attention to these horses, and finally, to our great staff of doctors, technicians and administrators at Great Lakes Equine. It is a privilege for me to work on horses, which I love, and to do it with a staff that I respect and admire.